Posted 3/10/2021
Dr. Sonja Leverkus '97 (Groves), was reached out to by the Shawnigan Alumni Engagement team and–as she was counting caribou in Northern BC–wrote her interview responses by reply email. In her current work, Dr. Leverkus is the founder and owner of her company Shifting Mosaics, an ecological consulting business that works with companies to manage the interaction between industry and environment in ecologically and culturally sensitive ways. Sonja achieved her PhD in Natural Resource Ecology and Management, specializing in fire and rangeland management; and as she states below is “one of only 2 female ignition specialists in Canada.”
In Sonja’s time at Shawnigan, she was a competitive rower, Head of Groves House, and School Prefect. In addition, Sonja was a founding member of Shawnigan’s Environmental Club, which still exists today.
What is your favourite memory of Shawnigan?
One of my favourite memories of Shawnigan is being in the chapel with the whole school, singing "There's a Voice in the Wilderness Crying." Other memories include rowing, hanging out in the main garden and around the beautiful campus, living in the old Groves House with the Groves House Gang for 4 years, having the honour of being Head of House and a School Prefect (going on rounds), starting and running the Environment Club and all that Karla and Lee and I got up to! 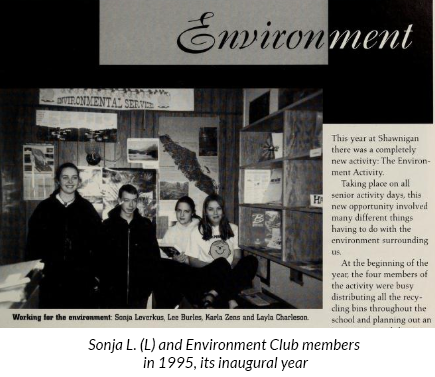 Who was your most influential teacher? Why? 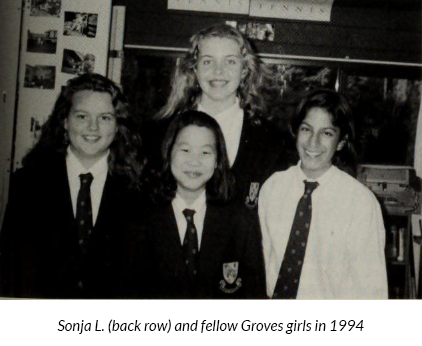 I had many influential teachers at Shawnigan. Mrs. Dalrymple, Ms. Newns, Mrs. Hall, Mr. Robertson, Mr. Sarsfield, Mrs. Martin, Mr. Hyde-Lay, Julie Jespersen [Platt], Ian MacPherson, Mr. Felix, Mr. Noble, and so many others who influenced me during my time as both a student at Shawnigan and then as an intern and rowing coach. I think it is a great testament to all of the staff who contribute to each student's experience, that it is hard to think of just one influential teacher because each teacher influences us in different ways.
Shawnigan shaped me for my entire life through the belief that anything is possible if you work hard enough, by being imaginative, by shooting for the moon, and by reaching for your dreams.
What is the best advice (professional or otherwise) you have ever received?
Be diversified. Never ever give up. Do what you love and are passionate about, and it will never feel like work!
What has your experience been as a woman in your field of work. How did Shifting Mosaics come about?
I grew up in a male dominated industry on a cattle ranch working with cows and horses every day with my parents. We spent every day of every season outside on the land, and I learned first hand from my mum what it was to work hard and keep pushing through adverse conditions. As I transitioned to university and worked on the research farm milking cows and participating in logging sports at McGill, I remained surrounded primarily by men.

When I came back out west to row for the Vikes at the University of Victoria, a dream of mine since I was 13 years old, I was challenged and strengthened by an amazing crew of women. I suffered a career-ending back injury just when I was starting to move faster on the water, and from there I was honoured to become the first female assistant coach of the UVic Men’s rowing program. I had a big decision to make in 2006 – I had just been offered a position as the Assistant Coach for the Under 23 Canadian Men’s team and we were to head to the World Championships – at the same time, I was offered a job in one of the most rural and remote locations in BC.

I chose to follow the path that I had been formerly educated in, and I soon became the Range Agrologist for the Fort Nelson Forest District where I spent 6 years working with Guide Outfitters, Ranchers, First Nations and Governments managing 11 million hectares of rangeland in northern BC. I quickly discovered that there was a need for more science in our decision making around the natural resources in the north and so I remained a full-time government employee while putting myself through Graduate School.
The specialization that I have chosen is also in a male dominated world – fire and rangeland management. As one of only 2 female ignitions specialists in Canada, I also fight fire with fire, conducting prescribed fires. 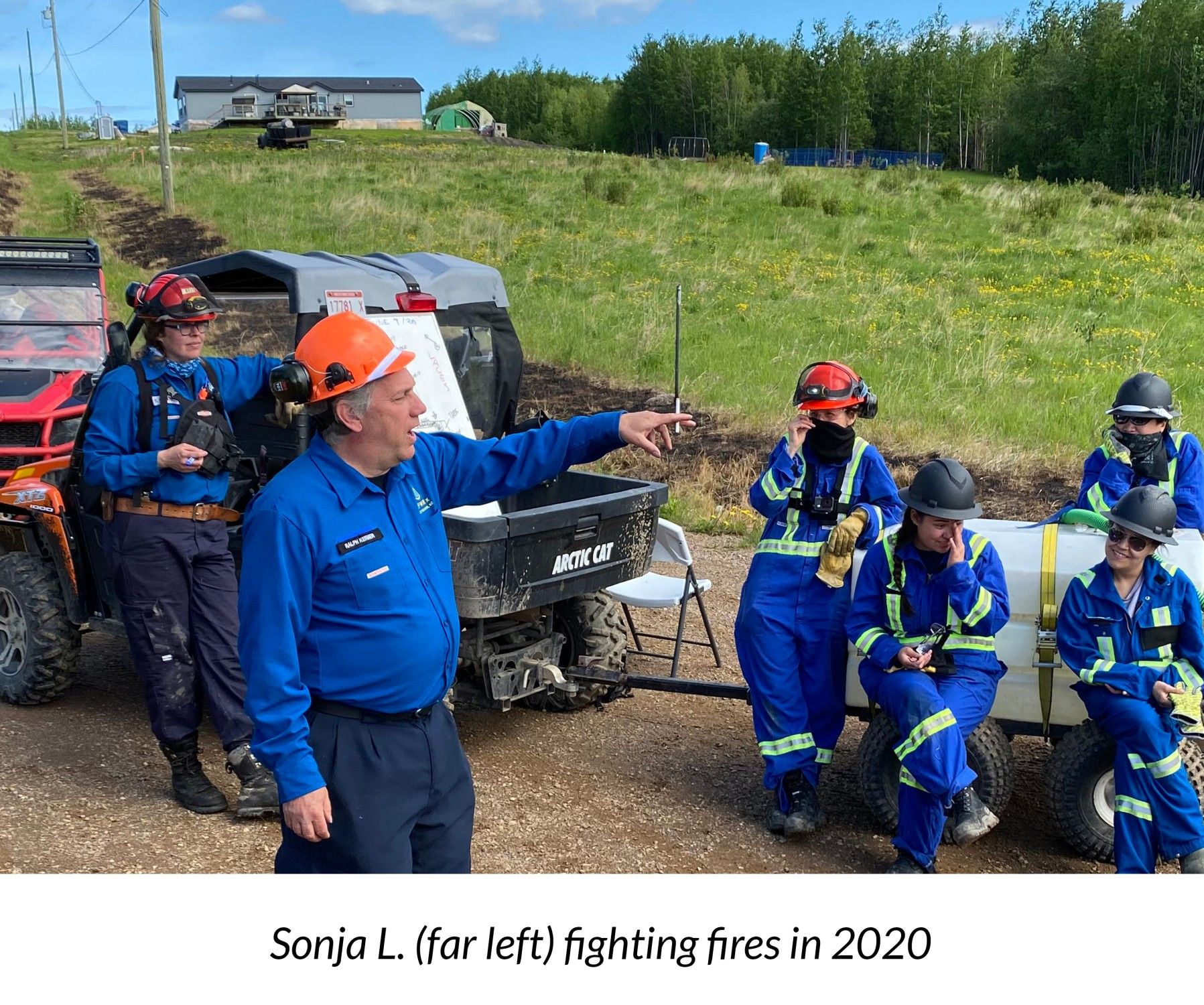 I was taught about shifting mosaics from my advisor at Oklahoma State University. The term shifting mosaics was coined by Bormann and Likens in 1979 and it refers to the theory of landscapes that change and fluctuate dynamically through space and time. My work in northern BC, my entire PhD, and how I view the landscape is entirely connected with this theory. I started Shifting Mosaics Consulting while working at the BC Forest Service and at the beginning of my PhD. In 2012, I moved forward from the BC Government into the consulting world and have been running my own companies for almost a decade. 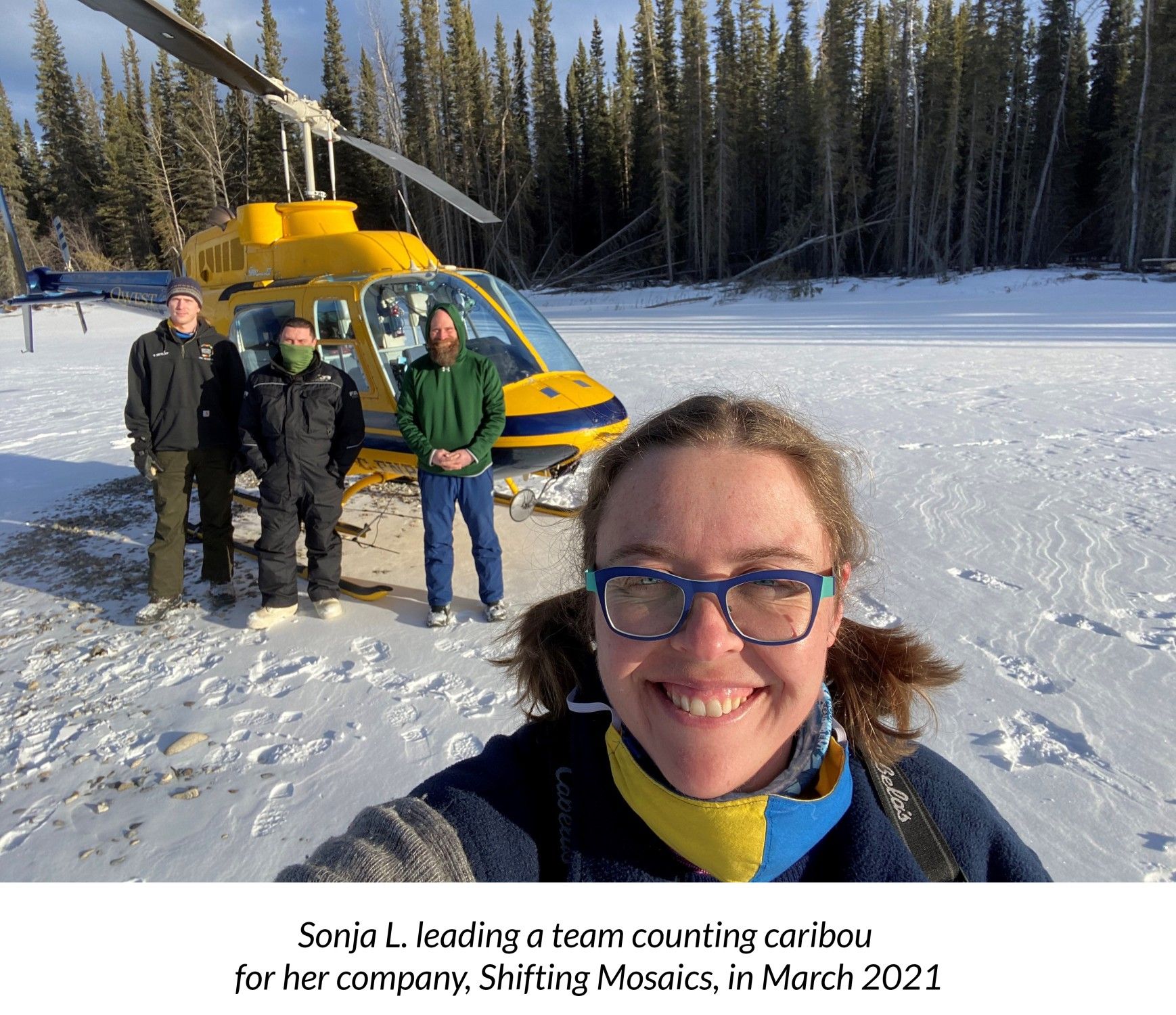 As a woman in my field, there are times where I may be challenged because of my gender by others outside of my inner circle, however for the most part, the people I choose to work with, my clients, and my teammates – while mostly male – have never once in 15 years made me doubt or feel any different for being a woman. Perhaps it helps that I am also taller than most folks, as I am 6’2.5”, but I would believe it is because those who I work with have great confidence in my abilities as a professional, as a scientist, as a boss, and as someone who will always have their backs. I want to specifically acknowledge the Northern BC Guide Outfitters and many of my other clients – most specifically in the natural resource extraction industry – oil and gas companies and the Burns Lake Community Forest. I have always felt empowered and supported by all of these people and for that I am very thankful as it allows me to continue to shift paradigms and lead by example.
Is there a female role-model, not necessarily at Shawnigan, who influenced you significantly?
My mum, Dr. Gillian Leverkus is my role model, my hero, and my best friend. Anne Stevick is another female role model who has been a long time family friend, rancher, and all around tough cowgirl who I have always admired. Silken Lauman is a female role-model who I always looked up to during my rowing career, along with Kathleen Heddle and Marnie McBean. Dr. Monica Turner is a scientist who I read and refer to always. Dr. Jen Beverly is a female role-model for me at the University of Alberta where I am an adjunct professor in the Wildfire Analytics Lab.
What are your hopes for Shawnigan?
My hopes for Shawnigan is that it continues to provide opportunities for young people to realize their potential, to continue seeking innovation and creation and possibilities and that all who attend continue to be supported to live their dreams no matter what. 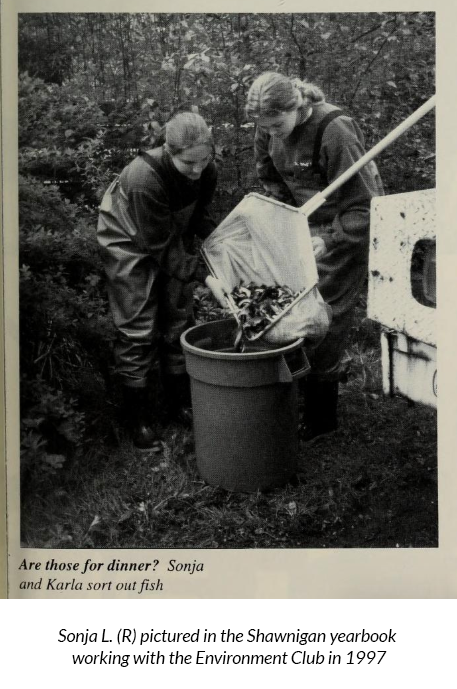 On International Women’s Day, what would you share with young women thinking about their careers?
I was once told that I would never be a biologist – that I didn’t have the marks for it and that I should choose a different career. To this end, I would share that anything is possible. Even the word impossible says: I'm Possible. Sometimes we have to dig deeper, fight harder, claw with our fingernails out to achieve that which we really believe in and want. In the end, when you fight for what you believe in, when you know that that is right and that nobody just handed you anything, that is where true empowerment and strength lies. Never ever give up! Onwards and upwards! 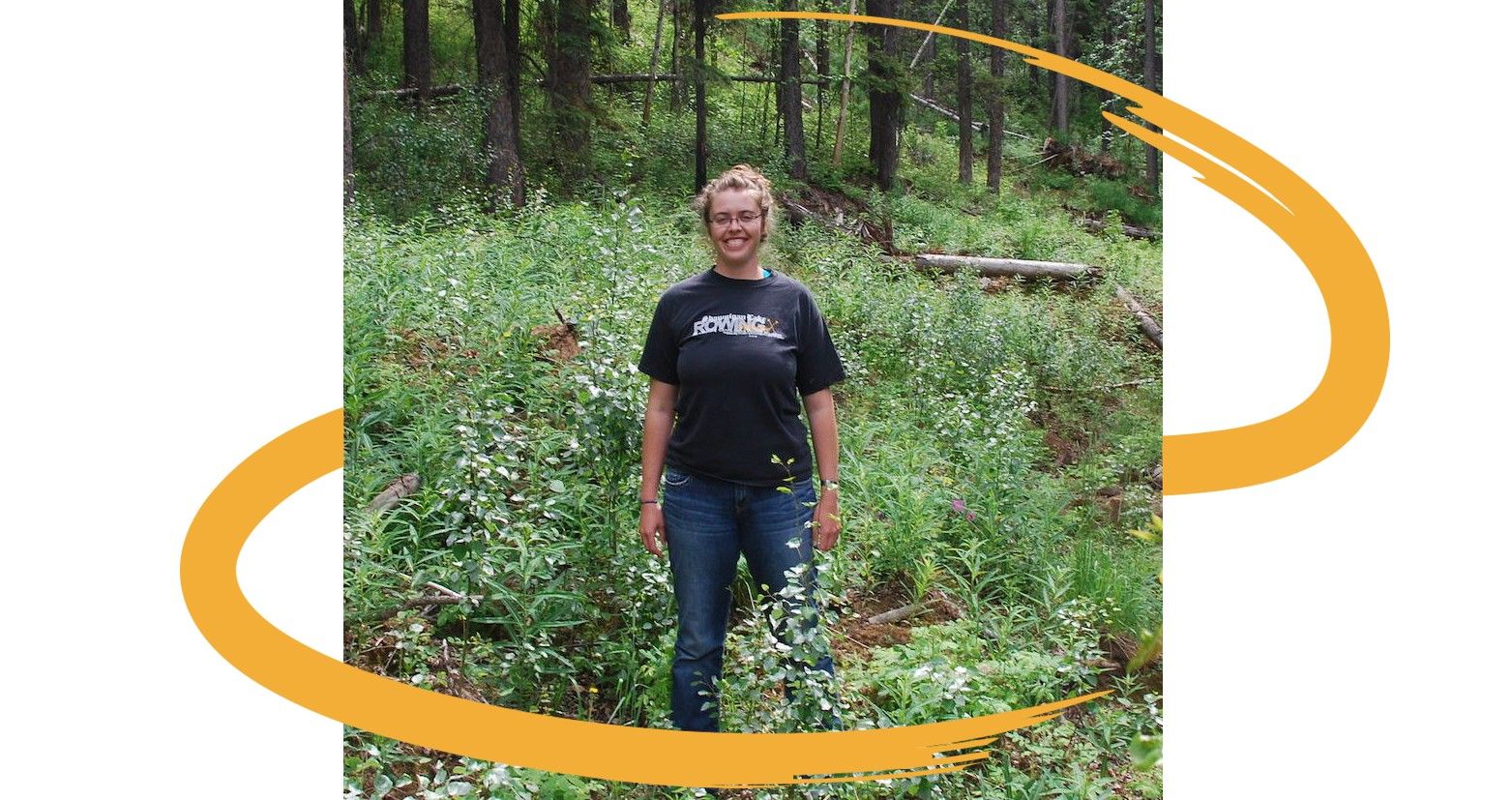