Posted 3/12/2021
Mikaela Reuben '01 (Kayes) was reached out to by the Shawnigan Alumni Engagement team for an International Women's Day profile. Mikaela, a Culinary Nutrition Consultant and Celebrity Chef, generously made time to chat with Rhodri Samuel and Harriet Klumper '09 . For the past ten years, Mikaela has built her business on the art of creating food that both tastes good and is good for you. She provides her culinary consulting services to companies and individuals working in the film industry, as well as working as a ghost-author for celebrity cookbooks. At the time of conversation, Mikaela had just finished a job working with Ryan Reynolds and Blake Lively, however she has also worked with celebrities such as Owen Wilson, Ben Stiller, Karlie Kloss, and Hugh Jackman. Mikaela travels globally for work, but typically divides her year between Vancouver and New York.

In Mikaela's time at Shawnigan she was heavily involved in the Rugby team, and loved spending time with the girls of Kayes house where she was Deputy Head of House in her final year.
HK: Our first question is: is there a favourite memory that sticks out to you from your time at Shawnigan?

MR: I found a very deep peace at Shawnigan. I would like to automatically go and talk about rugby, but I’m going to pull back because I think that rugby was the best time of my life.

I think that from someone that didn’t grow up with a lot of structure, the mandatory “be in bed with the lights out,” this forced stop to the day, was my most favourite part. It felt very safe. I have such a fond memory of just going to sleep, knowing the next day would be busy. Also, by the time I was in Grade 11 and Grade 12, I had roommates that would continue to be some of my best friends in the world. I think just having such a family there, was very special both for who I am now and for the rest of my life. 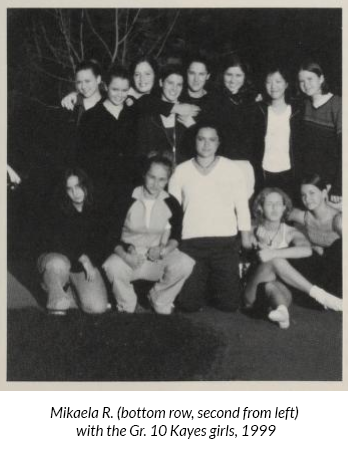 HK: In terms of teachers, was there someone that you connect strongly with at Shawnigan?

MR: Mrs. [Dalrymple], who was actually never a teacher of mine but was my house director, she believed in me. I remember when I first got in a little bit of trouble, she sat me down and she said “Listen, I know you want to be a bad kid, but I have my eye on you, and I’m not going to let it happen. I see your potential, but you need to meet me halfway.” 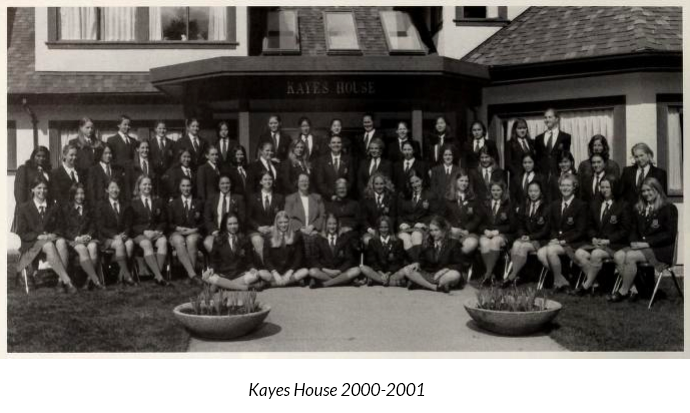 I had found someone who believed in me and my worth, so unbelievably at her core, that I started to wonder and question “why?” and it made me try harder. She fundamentally changed my life because she taught me my self-worth and celebrated me for my intelligence and personality. She taught me: stay focused on the mission, keep your goals in mind, don’t stop dreaming, and create structure for yourself so you can thrive.

HK: For context: when someone hires you, what is the scope of the service you provide for them?

MR: I would say that every single job of mine has been slightly different. For people that are in the film industry it’s generally me creating the most nutrient dense forms of food with diverse flavours for them to eat every day, in order to sustain their energy levels during the production. I make it up as I go every single day.

I was living in Paris with Owen [Wilson], for shooting Midnight in Paris, and every day he was shooting somewhere different. Every morning at 5am they’d text me the location, and I’d be trying to find a certain alleyway in a certain district in Paris to try and drop my food, but I don’t speak fluent French. There’s the other elements of the job that come in as well. You have to adapt to maybe not having large grocery stores like you would in America or Canada. You have to be constantly navigating different experiences.

RS: Do you have an assistant to help you? It sounds like a lot of work.

MR: I have an assistant who helps me shoot a lot of people’s cookbooks. I’m the secret chef who makes the cookbooks, as most doctors and celebrities aren’t actually in the kitchen. So when I do that I’ll come home to Vancouver and hire my assistant, and we’ll do it together. 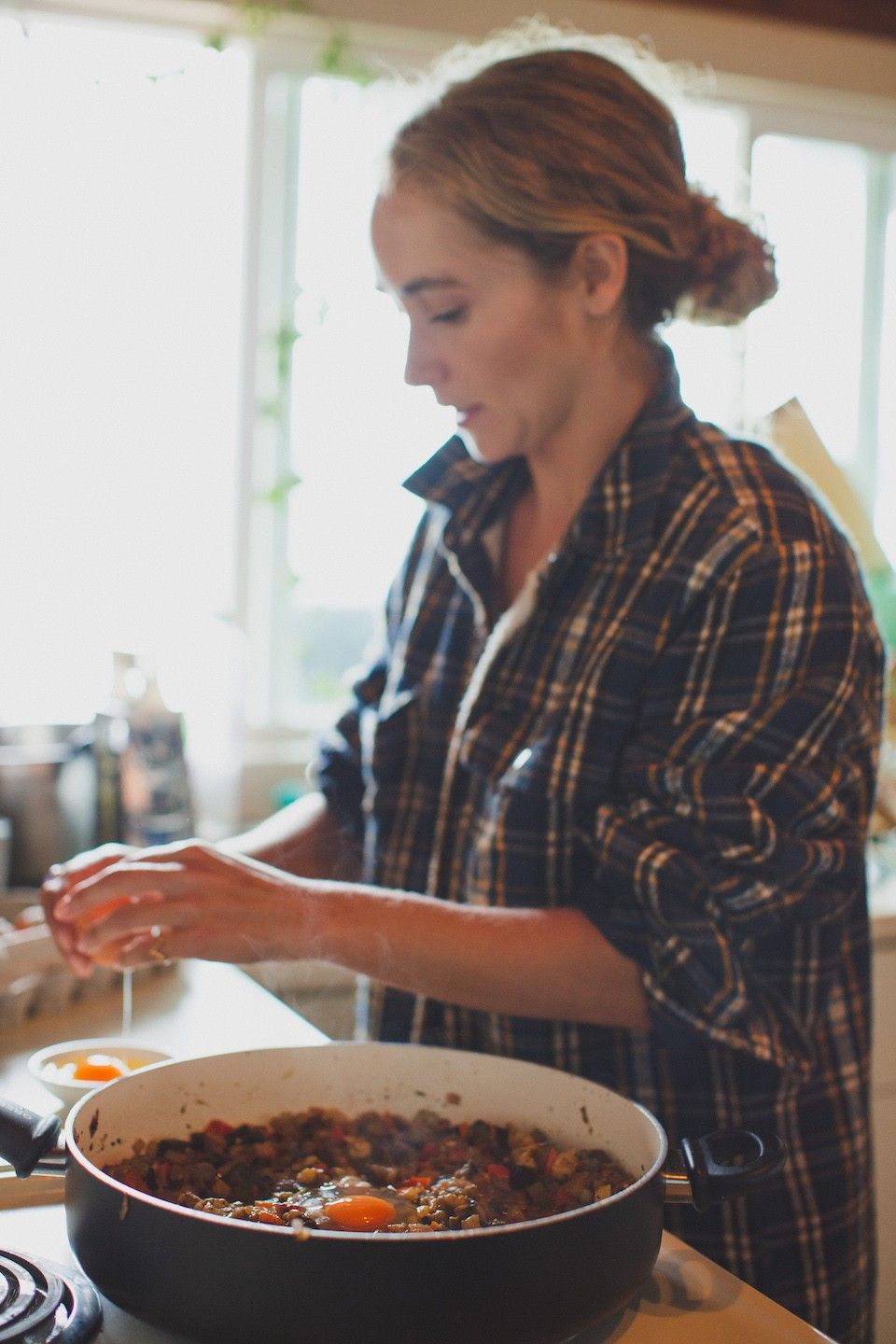 But for the cooking jobs I rarely have help. The chef who trained me and was showing me how to cook a little bit, said “I have an actor coming to town, do you want me to teach you how to cook for him?” After that job in Paris, this chef happened to be in Ireland touring with Pearl Jam. He said, “If you meet me in Ireland you can come on the Pearl Jam tour, and I’ll show you what it’s like to source on the road.” So my second gig, in my life, was acting as his assistant running around as we travelled through Europe and the United Kingdom.
I remember one night in Ireland I didn’t have a place to stay, so I started to reach out to Shawnigan contacts, and Sarah O’Mahoney [‘95] was someone I ended up crashing with in-between tours. I went back to these Shawnigan connections later in life, because that’s where I ended up staying when I was trying to build my career from the ground up.

HK: What was the name of the chef who trained you?

MR: His name was Wayne Forman, and he actually passed away from cancer in 2014.

HK: What has your experience been as a woman in this field?

MR: It's a really interesting thing where, if a woman is a chef, there can be a sexist swing to it; but if a man is a chef, he is the king of the kitchen.

I had to prove myself a lot over and over again that I was capable and strong, and that I am worth what I ask for. Chef Wayne, when we started to work together, would often negotiate my beginning prices for me, because they wouldn’t say no to him. But I would ask for the same amount and they would laugh. When he died, I had to really start standing up for myself.

Still to this day, there is a cap. As a woman, as a chef, there is an amount you get paid. No one has broken the ceiling, it’s just there, and it’s lower than a mans. I keep trying to challenge it and it is difficult because there is always someone saying no, that I don’t deserve it, even if I know that my male counterparts can ask for the same price and get it. So that's still very real in my field.

As a female chef trying to build a business as a female entrepreneur, it was very hard at times. I had to do a lot of internal work to make sure that I continued to ask for what I thought I was deserving of.

HK: What are your hopes for Shawnigan? 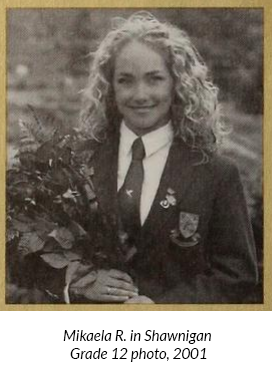 MR: I hope that they continue to influence and impact people’s lives as they did for me, because it was such a turning point. I would not be the person I am today without it. I hope in the future that there are more programs to help people that are falling through the cracks, if they don’t have money, they don’t have opportunities. Because I feel so lucky in my life to have been exposed to a diverse group of humans, and the most enriched education experience in the world. I would wish that everyone would have the opportunity to, but in particular for those that would do so well with that structure.

HK: On International Women’s Day, what would you share with young women thinking about their careers? 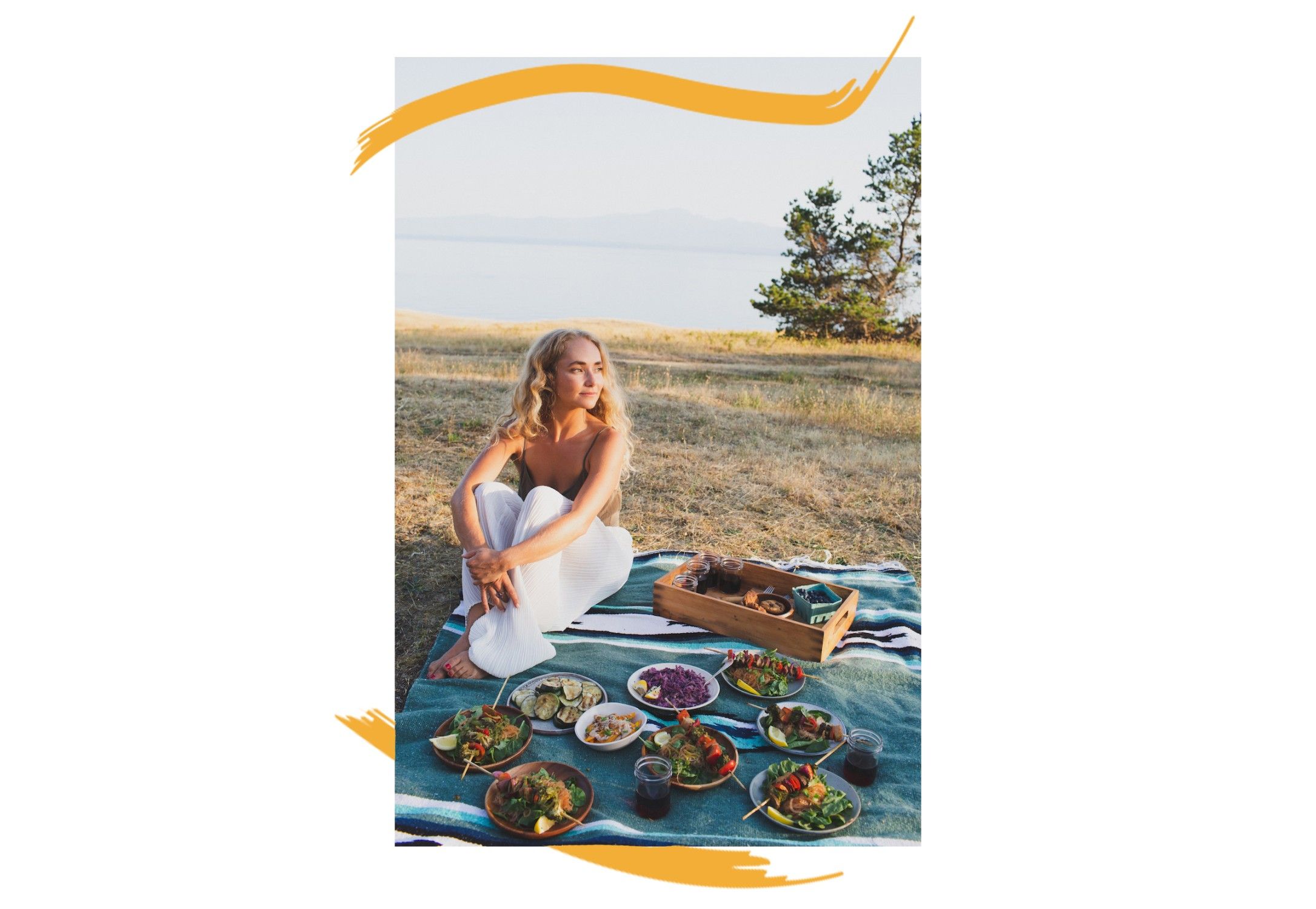